Anatomy of the Brain

The human brain is a three-pound organ and is located within the skull. It is the most complex and one of the largest organs in the human body and plays a major role in almost all body functions. It controls speech, memory, thoughts, leg and arm movements, as well as the function of several organs within the body. It also regulates the secretion of hormones and breathing and heart rates.

Anatomy of the Brain

The brain can be divided into 3 major parts:

Cerebrum: The cerebrum is the front portion of the brain and is situated at the front of the head. It is comprised of the left and right hemispheres, which are attached together by a bunch of fibers called the corpus callosum that conveys messages from one side to the other side. Functions of the cerebrum include temperature, vision, hearing, touch, reasoning, judgment, learning, problem-solving, emotions, and coordination and initiation of movement.

Brainstem: The brainstem is the middle portion of the brain and is comprised of the midbrain, the pons, and the medulla. The brainstem connects the cerebellum and cerebrum to the spinal cord. Functions of the brainstem include communicating sensory messages such as pain, hot and cold, involuntary muscle movements such as sneezing, coughing and swallowing, movement of the mouth and eyes, respiration, and cardiac function.

More particularly, other sections of the brain and its functions include:

Medulla: The medulla is the lowest part of the brainstem and is the most crucial section of the whole brain. It comprises vital control centers that regulate the functioning of the heart and lungs.

Pons: The pons is the deep portion of the brain that is located in the brainstem. It comprises many of the control centers that are instrumental in the face and eye movements.

Spinal cord: The spinal cord is a long tubular structure consisting of a bundle of nerves and cells that extends from the brainstem to the lumbar vertebrae in the lower back. It conveys messages to and from the brain and the rest of the body.

Frontal lobe: The frontal lobe is the largest section of the brain and is situated in the front of the head. It is instrumental in movement and personality characteristics. Awareness of smell normally involves sections of the frontal lobe.

Occipital lobe: The occipital lobe is the rear section of the brain and is instrumental in interpreting vision (light, color, and movement).

Temporal lobe: The temporal lobes are the side portions of the brain and are instrumental in speech, short-term memory, musical rhythm, and some extent of smell awareness.

Thalamus: The thalamus is situated above the brainstem and helps in processing and transmitting movement and sensory information. The thalamus acts as a relay center for signals coming into the brain. It is also instrumental in sleep, memory, and consciousness.

Hypothalamus: The hypothalamus is a bundle of nuclei that rest along the brainstem close to the pituitary gland. It connects with several other parts of the brain and is involved in regulating body temperature, sleep cycle, emotions, thirst, and appetite. It also controls the pituitary gland by secreting hormones.

Basal ganglia: The basal ganglia are a collection of large nuclei that partially border the thalamus. Basal ganglia work with the cerebellum to synchronize fine movements, such as fingertip motions.

Pituitary gland: The pituitary gland is a small pea-sized gland located at the base of the brain in an area called the sella turcica or pituitary fossa. It is an endocrine gland that is referred to as the “master gland” in the body as it produces numerous hormones that control all important body functions. The pituitary gland is instrumental in growth and development, the function of various body organs such as kidneys, uterus, and breasts, and the function of other glands such as adrenal, gonads, and thyroid glands.

Limbic system: The limbic system is a portion of the brain that comprises the cingulate gyri, hypothalamus, a section of the thalamus, hippocampus, and amygdala. It is the center of our learning, memory, emotions, and behavior regulation. 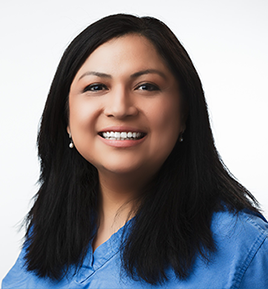